Despite making an appearance at the world-famous event in 2017 and 2018, the Mellors Elliot Motorsport built machine was still in its development phase and at the time, was not ratified by the sport’s governing body.

Complete with Jaipur IPA backing from local firm Thornbridge Brewery, driver Ollie Mellors would return with the Iriz in 2019 to dominate the top of the time sheets and give the Proton the perfect debut since receiving its worldwide approval to be used at all levels in the sport, including the prestigious FIA World Rally Championship.

Held on the estate of The Duke of Richmond in West Sussex, the Goodwood Festival of Speed is arguably one of the biggest motorsport events in Europe with around 200,000 people attending across the weekend. Legends of the sport flock to the event with F1 stars mixing with World Rally Championship aces both on the famous Goodwood Hill, as well as the various public gatherings during the weekend.

The Forest Rally Stage, designed by WRC legend Hannu Mikkola has seen some of the most hotly contested battles over the years, attracting both modern and classic stars to the course in machinery from across the decades. This year was no exception with appearances from Ken Block, Petter Solberg and Seb Ogier, the Rally Stage witnessed the world’s most iconic rally cars battling against the clock.

Mellors is no stranger to the stage, taking the then development Iriz to it’s first win in 2017 and again in 2018, but with the R5 now fully FIA compliant, it would be a tough ask for the Proton pilot to come out on top against quite literally, the world’s best.

The Iriz R5 was impressive over the tricky Goodwood Forest Rally Stage
– Click to download high res version –
Although the modern-day World Rally Cars did not contest the shootouts, Mellors would constantly be taking the Iriz R5 within arms-reach of their times throughout the weekend, a remarkable feat given the power difference between the two categories. That performance would be replicated in the Forest Rally Stage shootout, with Mellors storming to take fastest time by almost 30 seconds, winning the “Longest Jump” award in the process.

“It means a lot to me and the MEM team to take the Proton Iriz R5 to the Forest Rally Stage win for a third time, but this one a little more special now it’s a fully-fledged FIA Homologated machine” said Ollie.

“It’s a surprisingly difficult stage to master and the conditions were getting much harder throughout the weekend but the Iriz coped perfectly throughout and it has certainly made some of the WRC drivers and teams sit up and take notice. Of course, we are well aware that Goodwood is a far cry from full blown competition, but it was a fantastic showcase for the car, and we had huge interest from both fans and drivers worldwide.

The future is certainly looking bright for the Iriz and along with its FIA Homologation the worldwide reach for the car is impressive. That goes hand in hand with the work we are doing behind the scenes. It’s exciting times for us and we are very eager to see what happens over the coming months.” 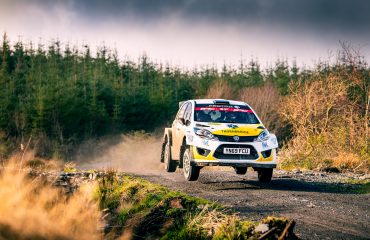 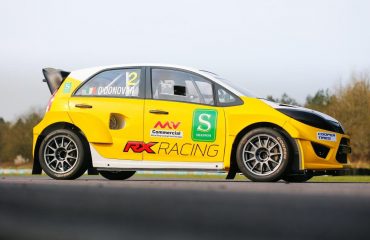