The Derbyshire based outfit are the only manufacturer to have both a right- and left-hand version of the car available on the market and it can be used from club to World Rally Championship level.

The Malton Forest Rally is a now traditional end of season blast for crews without the pressure of a championship to fight for, but none the less, brings a quality field to the Dalby forest complex. Sponsored by MEM, the event offered over 40 miles of special stages over the super-fast Yorkshire tracks.

Just weeks after securing a win on the Trackrod Rally which utilised similar stages, Mellors would head to the event in a buoyant mood with the Proton proving it is a force to be reckoned with on the stages this season.

Indeed, he stopped the clocks on the opening test joint-fastest, despite being up against World Rally Car machinery. But the second stage saw Mellors grab the lead and from there, he was never headed, winning all of the remaining tests to hand the Iriz R5 yet another win.

“It’s great to give the Iriz its third win on the gravel here in the UK this season,” said Mellors. “The stages in Yorkshire really do favour the World Rally Cars so taking an R5 to victory makes it even more satisfying than usual. Three in a row has a nice sound to it too”.

Domestic events are important to the continued development of the Proton says Mellors.

“Competing on events like the Malton is important for us to get true, real-time data from competition situations. We are working very hard in the background at the moment, with an impressive programme ahead for the Iriz, so getting as much mileage outside of the test itinerary is important for the team. We certainly have a busy winter ahead.”

Images and video courtesy of 4seasoncollective 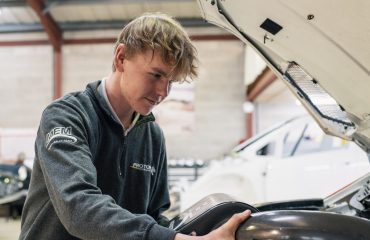 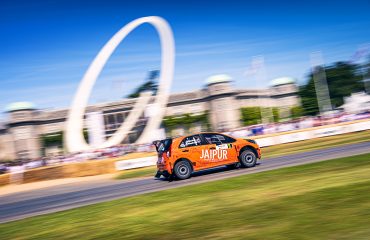